Take a look at the Project first work by Chiara Bellosi 'Palazzo di Giustizia'. Filming in Turin, in a courtroom of the Assize Court, rebuilt in the "Old Poor" Retirement Institute for the elderly.The film is produced by tempest / Carlo...
Take a look at the Project

On 29 August 2017 the new Air Jordan XXXII basketball shoes were unveiled on the roof of the Lingotto of Turin. Sartoria Comunicazione has instructed us to realize the aerial shots of the event. For this...
Check the Case Study 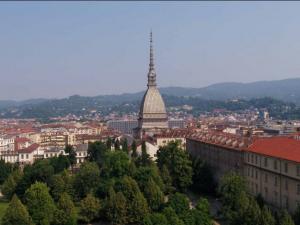 A week of filming for the new advertising commercial video of the Piedmont region that allowed us to shoot aerial shots in wonderful places like the Turin Center, Lingotto, the Subalpine Parliament, Valentino, Superga, the Di...
Take a look at the Project Drone service in Turin at Juventus Stadium with the legend Alessandro Del Piero Juventus football player for the presentation of the new Sky Sport Logo and for the upcoming Serie A Championiship. The drone service has...
Take a look at the Project

HeliVR is a professional drone company enstabilished in 2009 with strong experience with foreign productions that need to shoot in Italy for cinema, commercials, fashion show and documentaries

HeliVR is an authorized drone service company by ENAC, DGAC, FAA, AESA and CAA, and thanks to its experience we are able to get permits to fly with our drones all over the workd.

HeliVR constantly updates its drone fleet to keep up with the technologies and also invests in new equipment such as Cablecam and Radio Controlled Machines.